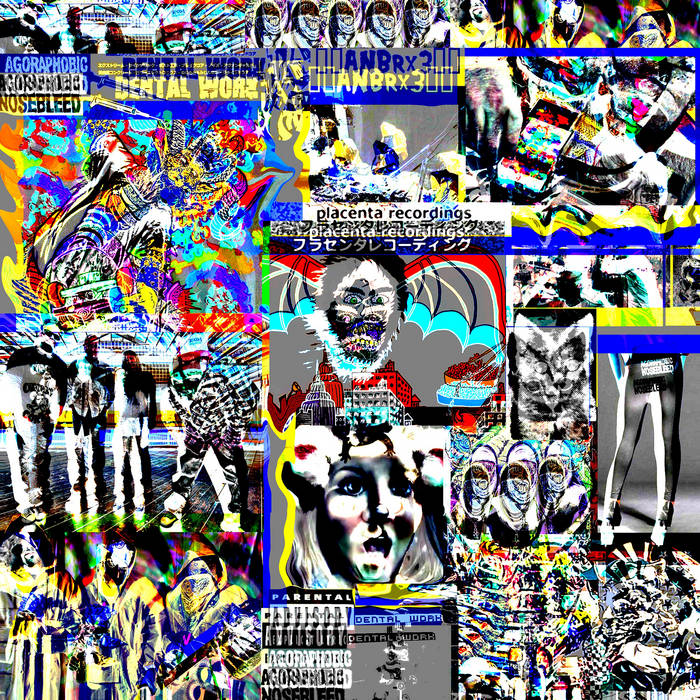 I have been getting further and further into extreme music the majority of my life, which started with stuff like Eazy-E and Anthrax on cassette when I was around 5 years old. When I was 18 I was digging around the only cool record store in my hometown, and came across this double CD of a band called Agoraphobic Nosebleed. It was their album "PCP Torpedo" which was like 6 minutes of the fastest, noisiest, craziest fucking thing I had heard in my life, and the second disc was a remix disc with artists like Drokz/Tailz, Justin Broadrick, and Merzbow. This is where I was introduced to Grindcore and most importantly, Noise. I had delved into heavy shit during highschool, of course I had Cannibal Corpse, Deicide, and Esham laying around the house, but this was something REALLY fucking extreme. This album is partially responsible for inspiring me to start my label, and why I started making Noise as Dental Work. After I discovered this, I became addicted to ordering their other albums from Relapse Records, I remember doing work as a data entry specialist for a short period when I was around 20 and spending most of my work day browsing titles from their distro and ordering shit like "Frozen Corpse Stuffed With Dope" and old albums by The Meatshits. In 2012 I was in contact with Jay Randall, he released one of my Dental Work albums on his label Grindcore Karaoke, and the concept started brewing up...Now, 5 years in the making, "ANbRX3" is finally here. It has been an honor to work with Agoraphobic Nosebleed, Jay Randall I appreciate you man! Scott Hull, Katherine Katz, Richard Johnson y'all rule! Also huge shout out/thank you to Sean Barry and Justin Lee Smith, my girl Ashley S., My parents, friends, cats, Decibel Magazine, Relapse Records, Grindcore Karaoke, and the entire Placenta Recordings family. Full motherfucking circle! We appreciate all of the love and support over the years.