Caught Between The Moon And Boston Harbor 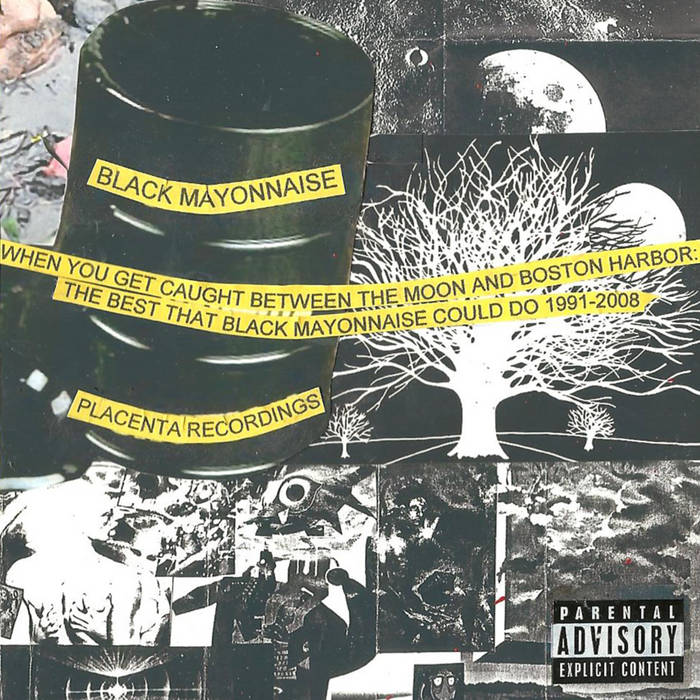 GRINDCORE CINEMA presents
a PLACENTA RECORDINGS production
"When You Get Caught Between The Moon And Boston Harbor:
The Best That Black Mayonnaise Could Do 1991-2008"

My original intention was to write some sort of tribute to Hunter S. Thompson's intro to The Great Shark Hunt and talk about how I'd like to jump out a window after completing this... and then I'd attempt to be funny by saying that if I did I'd just wind up landing in some cold wet leaves and I'd have to walk back inside all damp and clammy. But I won't, even though I kind of already did. What you have here is a collection of Black Mayonnaise tracks attempting to briefly cover every phase of existence going back over the past 20 years. I made sure to include some unreleased material... Gems? No. Just unreleased stuff... but I stuck to my original philosophy and only used tracks that I like to listen to personally. Yep, August 6th, 2011 was the official 20 year anniversary since this all began. I think that most people probably knew I'd never grow up, even during those years when I was quite absent. Thanks to Jay and Placenta for doing this and helping get some of this old bullshit back out into circulation. And thanks to everyone else who has joined me on this ride.