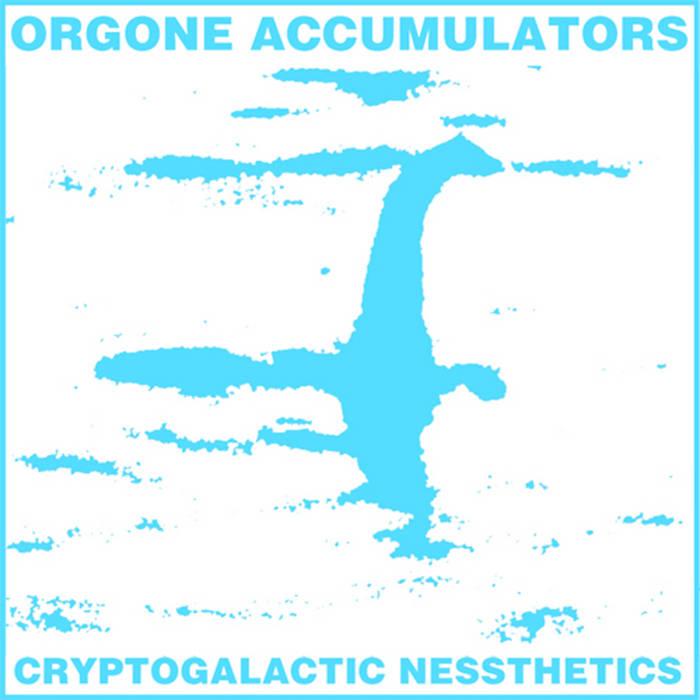 It's taken longer than expected for new set of Orgone Accumulators recordings to be released from the Fifth Neuro Orgone Research Department. New discoveries have been made in their building on the shores of Loch Ness. They have been busy translating alien communications from Sirius into a musical form that humans can understand for a while now. The two Orgone Accumulators EPs that have been published so far are the only publicly available examples. Since then there has been an increasing amount of unexplainable interference in the signals. Whilst out diving in the Loch one day Professor De Selby chanced upon the answer coming face to face with a giant waterborn reptile known as Nessie (or rather unfairly, the Loch Ness Monster). Professor De Selby understood that the interference being recorded wasn't interference at all but rather Nessie responding to the millions of years old communications of the Ancient Astronauts from Sirius. Reconstituting the recent recordings through some pieces of extremely hi-tech equipment was a revelation. The 'guitar' sound being emitted had become more twangy and surf rock sounding. The research team demanded a celebration and Professor De Selby got busy making up a batch of his legendary 'mature in a week' Whisky. They were all a bit too sloshed to bother about getting these new recordings into the public domain but finally they're hear and ready for you to listen to - 14.5 minutes of communications between Nessie and Ancient Astronauts from Sirius rendered into a sound suitable for the human palette - synthy/techno surf rock.