by The Irreversible Neural Damage 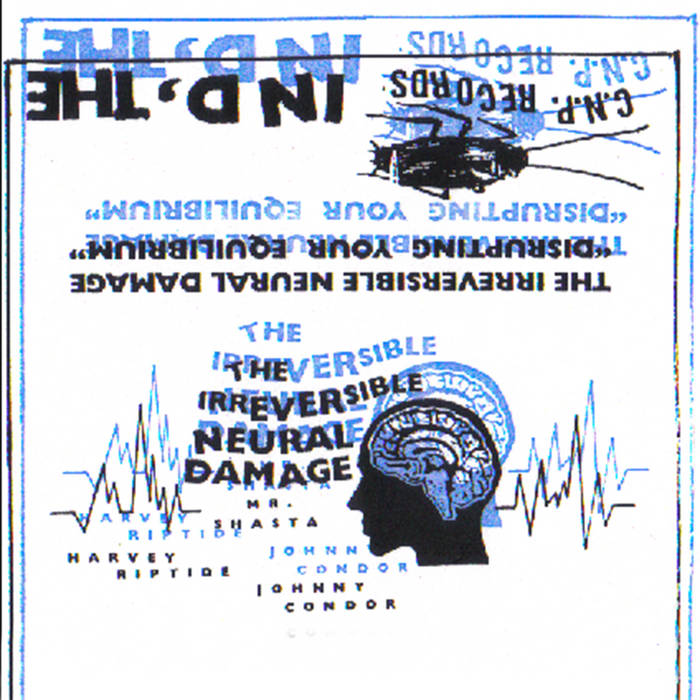 So after the original SUPPRESSION broke up I moved here to Richmond, VA and shortly thereafter some friends and I formed The Irreversible Neural Damage (after performing one strange sound / performance art set as Suppression opening for MELT BANANA). The line-up was Harvey Riptide a.k.a myself on bass, vox; Mr. Shasta a.k.a. Adam Juresko (STOP IT!, KOJAK) on drums, spoken word; and Johnny Condor a.k.a. Adam Hudson (MONOLITH ZERO) on vox and interpretive dance. It really isn't too dissimilar from the stuff I was doing in Suppression actually. We recorded this at a place called Nothing But Noise. We had some grand ideas for this project, like incorporating bizarre performance art/ weird comedy with our shows, a comic book, more touring, etc. but after recording this demo, a couple of Richmond shows, and a week long tour with JALOPAZ we called it quits. Interesting footnote: we stupidly left the back door of the station wagon we toured in unlocked when we got home from the tour and only Jalopaz's equipment was stolen, thus ruining his "noise" career. We're still sorry Alex!!!

Alright, hope you guys dig this one. The last 2 tracks are my personal favorites. Thank you Chris Conrad for digitizing this from the master tape!!!