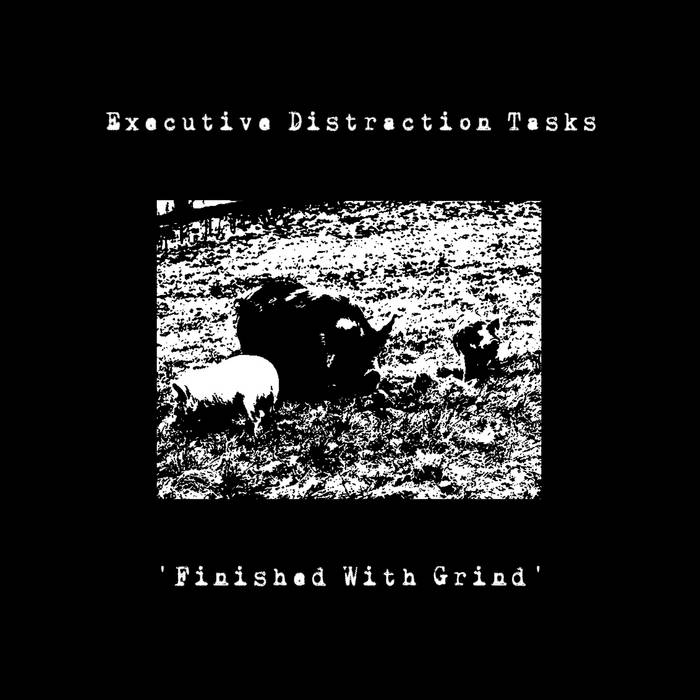 Executive Distraction Tasks existed from 2004 to 2009, recording two extremely short demos and playing around forty similarly brief live performances in that time. Initially conceived by tech Rob Hobson, the sole mission of EDT was to play the silliest music possible. This was to be achieved by ripping off our favorite bands of the time : As The Sun Sets, Narcosis, Tangaroa and Ed Gein. Grind has always been about ego and showing off, despite what punks might tell you.

Playing four minute sets turned out to be quite good fun so we carried on for a bit, but four years down the line with the onset of tendonitis and a serious lack of new ideas we were not so smug. The various band members became distracted by numerous other musical endeavors of varying other styles, as well as (in Rob's case) the running of a studio and (in Wilson's case) lots of snowboarding and going to weddings, so EDT effectively ceased to exist and hence we are "Finished with Grind" (well actually I'm not, but never mind that).

The music on this release was recorded in late 2008 but remained unfinished / unheard until January 2012, when Mr. Christoper Reese (formerly of IRG, Reth and Microsleeper) kindly agreed to contribute vocals so we could finally lay this wretched thing to rest. So after three years of waiting here it is . We feel certain that it was not worth the effort nor the wait and we are confident you'll agree.