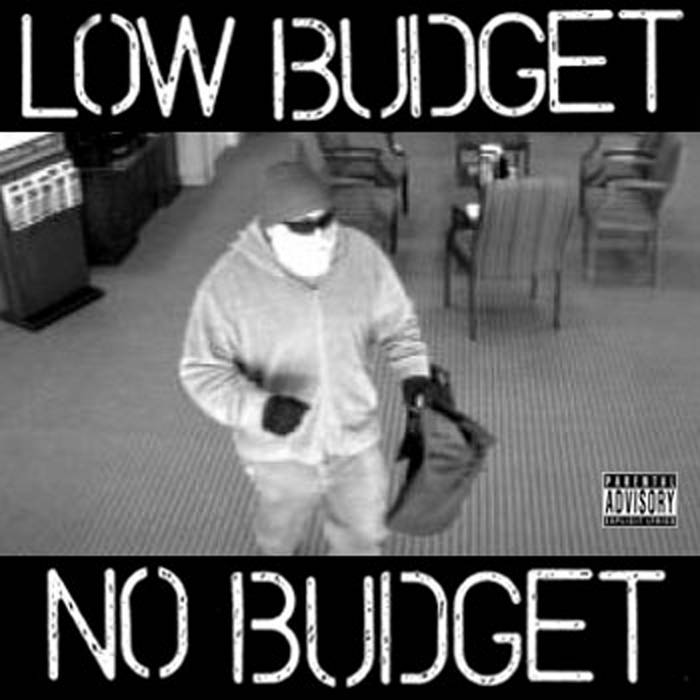 All cuts recorded and mixed by DJ Eons One.
Mastered by Varun Kerjriwal.
Funding courtesy of the State of California.

The "Low Budget / No Budget" saga by DJ Eons One:
At some point in 2009 I had been mowed down by a lady driving a brand new Infinity riding my bicycle to work. I sustained a broken elbow, which meant I could not work and the next few months would be consumed with physical therapy, surgery and more physical therapy. I was unable to DJ, unable to play shows and was essentially going insane having been deprived of ability to create noise, an obsession that is typically insatiable even with two good elbows. I had a lot of time on my hands and not much to do. I got my cannabis prescription. I reunited with my homie MC Stinkweed who I had previously worked with in the Shadow People and Shed Dwellaz and introduced him to Luke Sick. Stinkweed was out of work and Luke was working part time so my house became the weekday hangout spot. One day we entered the studio and emerged with “Brain Exploder” which served as the catalyst for this comp. I hit up some of my beat making homies (T.C. Bonelocs and G-Pek) to see if they were down to contribute a couple beats with the plan being to record and release a compilation as cheaply as possible and give it away for free. I invited a bunch of MC’s to come through and rip the tracks and the result is what you are now listening to. Of course, nothing is easy. During the course of the project the motherboard in my Mac needed to be replaced, the hard drive with all the sessions on it crashed and the data needed to be retrieved and two of the MC’s featured were locked up (Tizoe DaVinci is still locked down as I type. Keep your head up homie!). So enjoy and feel free to share this with all your friends. I ended up putting a lot more time and money into this than I planned but the original intent was to give it away for free and that’s just what we fin to do!