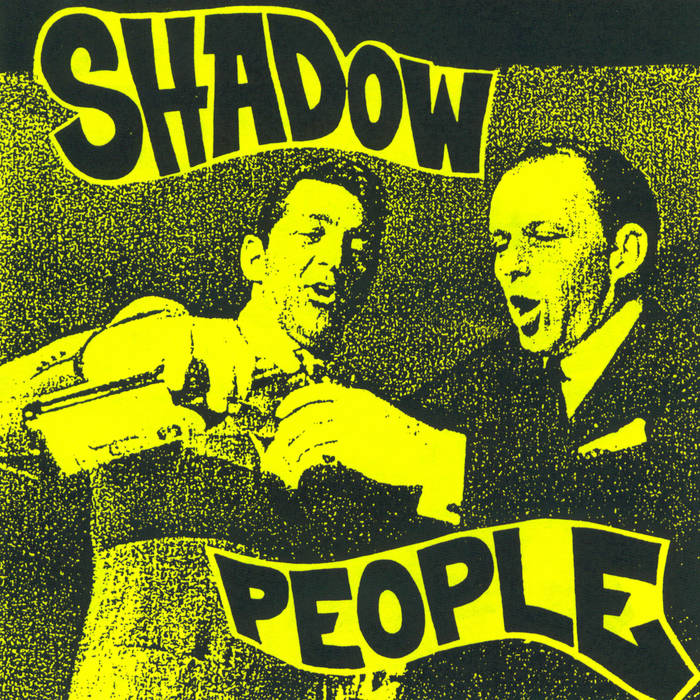 Long a home to trannies and queers of all ages, Kimo's has seen its grimey Polk Gulch neighborhood evolve from a druggy hustler hotspot to a nighttime destination that attracts shady people from both gangster ass Russian Hill and the dank of the Tenderloin. Climb a flight of narrow stairs (the curse of all amp-toting musicians) and you'll find a small and black, dark music venue that hosts drag shows, DIY bands, and the occasional DJ event. There's nothing fancy about Kimo's, which is actually quite refreshing as the city outside slides towards ever-increasing gentrification. This is where I met Stinkweed from Shadow People the night of an epic show in the year of our cord 1999 or was it 2000, 2001? Fuck if I know??? I dare anyone who was actually there to remember exactly. It’s a lie either way: If you insist you remember, you weren’t there, and if you WERE there and truly participating there’s no way you could remember, so you’re probably making it up too. Here’s my version. This shit ain’t for babies.

I don’t think I had met DJ Eons One before this show. I think Shadow People initially contacted Third Sight when they were putting it together (I’m guessing Matt Oner of RWC had something to do with this), and we (Sacred Hoop) got on the bill, because we were Third Sight’s bastard tag-alongs. RWC’s mob bosses, Head Honchos were quickly added as the opener and the bill was set in stone. Later I would “re-meet” Eons at the KZSU Stanford studios through the In Grind We Crust show hosted by Dave and Mike from Falling Over Drunk. Anyway, I showed up to sound-check shitfaced, vowing to hold off any more imbibing and toking till after we played. I was worried. By this time, Sacred Hoop shows had turned into speaker-distorting, bottle-throwing blackouts with only the minimal amount of fresh scratching and fully remembered rhymes interspersed. DJ Marz had developed the spectacle of breaking all his records over mine and audience members heads throughout the course of the set, leaving the stage littered with chards of vinyl. But I was trying to “keep it cool.” We hadn’t played with Third Sight in a while, and I considered them the local lords of skills, so I was trying to keep it together to show that I could still get nice as well even amidst the debauchery. Then right after we sound-checked, Stinko tapped on my shoulder: “Hey Luke Sick, you wanna hit this?”

I looked down at the small round table he was motioning to, and saw not the longest but definitely the thickest line of chunky glass crystal meth I’d ever seen in my life (easily index finger width). There was no bouncer and the sound-guy could’ve given a fuck. Kimo’s upstairs was sort of an alternate universe in itself back then. I said: “What’s that?”

I told him I was “keeping it cool.” He shrugged like it ain’t no thing and then bent down and vacuumed the whole thing in a millisecond. He was rockin’ baggy yellow rip-away breakdancer sweats and a gaudy oversized d-boy T with a gigantic inverted crucifx hanging from a chain around his neck. He was also rockin’ goggles. He looked drugged out and insane. Eventually I noticed his tall, slim homie literally standing in the shadows behind him, lurky and stoic—Tizoe Da Vinci. We watched the mobbed out Head Honchos set together, and then it was time for them to rock. On their way to the stage, where DJ Eons already had the turns fully warmed up and ready to fly, Stinko came over and let me know: “I got acid, too.”

Then, there in the dark of Kimo’s, along with a danksmoked crowd of about thirty troubled and mentally altered heads, I heard Shadow People for the first time. The raw beats resembled the minimal militancy that draws rebel rap heads instantly—droned out strings and the evil twang of middle-eastern loops over the sizzle of vinyl-sampled drum chops steady rockin’ recalling the Wu b-team (Sunz of Man/Killa Army) sound of the late-90s, but with the rhymes of drug-dealing psychopaths from the same Redwood City neighborhood that spawned the pig-killing power-violence godfathers Plutocracy and DJ Premier-style scratch choruses which the Wu b-team tracks always lacked courtesy of Eons. Hearing Tizoe and Stinko brag of “collaborating with Idi Amin” and smoking dust with Bin Laden (way before the towers got took) over all this sick soundscape hooked me instantly. I began pounding beers and firing up blunts with no abandon, rest assured the SPs would have the proper “pick me up” if I blacked out.

Needless to say I have no recollection of Third Sight’s set, but I’m sure they were great, they’re always great (I think Insomniac rapped with them that night, he’s always great too). I’m sure Sacred Hoop’s set turned out exactly how I described above, we were showered with hurled bottles and broken records—with two interesting footnotes: a dramatic and weirded out kid from Palo Alto came to the front and puked on the stage and I used the edge of my shoe to kick the pile back on him, and then at the very end when there seemed no finish in sight in the drunken melee, I looked over to the side of the stage and saw MC Stinkweed sucking on the plastic sandwich baggy that had held the hits of acid he’d already gobbled. His b-boy ski goggles were crookedly down over his eyes and he was hyped as fuck. I immediately handed him the mic, and he began freestyling pure evil over trippy instrumental records that Marz was constantly adjusting the pitch to on the turntable (from hyper-warp to slo-mo and warping) which fucked with Stinko’s LSD coherencies. At one point I remember Stinko looking at me while rapping with a look on his face that said, “Is it just me or is this really getting difficult?” He persevered like the true brain contortionist he is though and it was fully satanic to say the very least, and I’m sure Stink had the best seat in the house. The 30 or so freaks who stuck around to see how that all fell apart, were blessed with a mind-boggling performance that would be impossible to recreate in the sit-at-home-in-front-of-a-computer-and-do-your-mom’s-pills world we live in now. With this inspiration that Stinkweed and the Shadow People gave me, I was on some "fuck keeping it cool shit" for quite a while after this show-- for better or worse. That was my introduction to and how I was affected by the Shadow People, I hope it makes yours a little closer to THAT ILL.