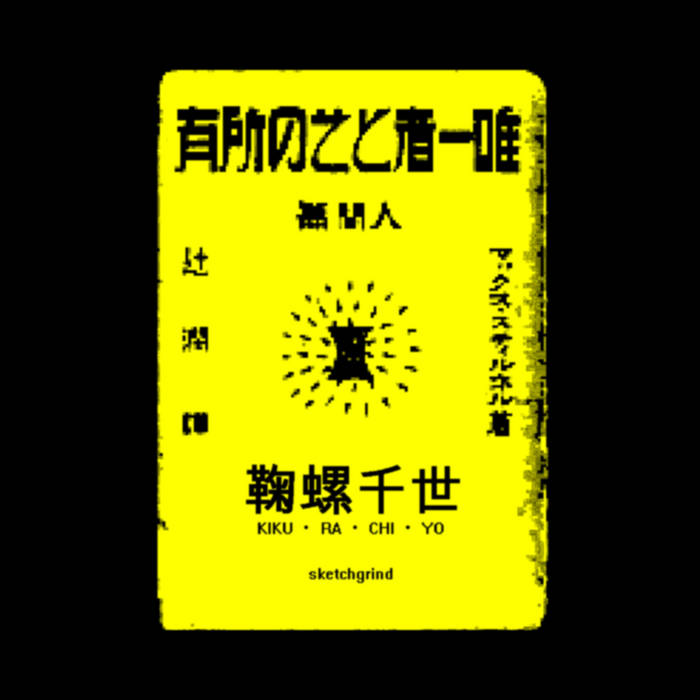 KiKurachiyo [Canada/Croatia/Japan]
Orfee : distressed vocals (all TRKS including 6 & 7), lyric
for "L'Amour Fou", sample mastery and sketchy sketching.
Karlo/Zmaj : guitars, lyrics and vocals (only 3, 6, 7 & 9),
speeding it up and all the img shit.
Matsui, IKEDAAA : drum sounds, blastbeats.

"(There is no bass, yet the guitar roars as heavily as Teddy D. Roosevelt's animated corpse that somehow does not slouch nor smudge its dance-moves but swings the axe gracefully flowing with blastbeats like foam gushing from its wave while the yelps, screams, growls all vibrate rhythmically through lyrically unforgiving Engrish swearing at politics and the corporate machinery one grind song at a time...) pure... grindcore. It's the unmistakable grating riff & furious screaming over a snare-blast producing this extremity of feeling, music on the edge of music, a sound denying nihilism completely and utterly, grindcore, you are ballet for the angry prole, a ballerina caught on fire spinning endlessly, you are Camus' clearest thought, Sisyphus enraged headbutting the colossal existential boulder till his skull cracks open and a bloody flower blooms proclaiming the ultimate blastbeat form!"