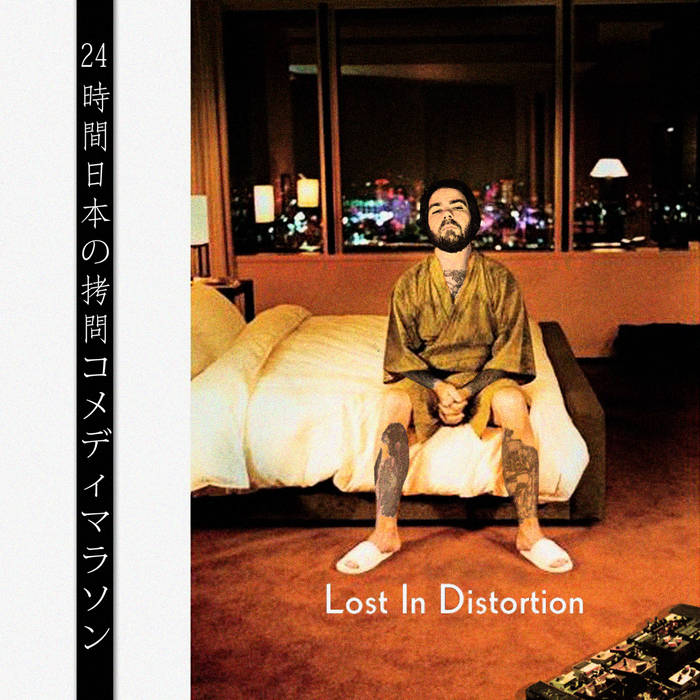 Nihilistless This is the most ludicrous album. J. Randall stays up for 24 hours and processes rushing waves of noise.

I have to repeat. He does this for twenty four consecutive hours. That's as insane as it is impressive.

The audio presented here is from a single, continuous 24 hour long recording and contains no overdubs or digital enhancement. This is to be considered a live recording and in no respect a finished record.

By the end of '97 I had this almost nightly ritual of getting stoned and recording a 60min. session of live electronics. All these recordings were created by simply patch wiring guitar FX boxes into a self-sustaining sound loop and manipulating the feedback rushing through them. I used absolutely no instruments (synthesizers, guitar, microphones, samplers) as source for any of these recordings. Even though I had a computer I was still recording to either VHS cassette or to minidisc due to concerns with PC hang ups and crashing. In 2004 I had the intentions of finally converting over some of the few hundred hours of audio I'd accumulated into some usable digital format and maybe try and release something. After successfully converting a dozen or so of these recordings directly onto an external drive I started feeling more open to the possibility of recording with my PC. This lead me to rethink an idea I had shelved of attempting a continuous 24 hour long live recording session. In complete awe of Masami Akita's 50 CD, 60+ hour MERZBOX I felt really inspired to attempt something completely absurd like this. I started buying up tons of patch cables and hitting up pawn shops for used guitar pedals. The recording set up was to include a Mac G4, external hard drive and two VHS decks to use as a fail safe in case this recording failed digitally. For days I wired and tested different combinations of effects but even with the amount of preparation I did my first two attempts both failed around the 4 hour mark from dead air. On June 28th, 2004 I committed myself to having another go at it. I bought a couple packs of Newport's, blunts and some Adderall to get my head back in the game when I needed it. I also had a couple large jugs of water that I knew I'd wind up having to piss in once this shit got rolling. At 1AM the following morning I pressed record on what would turn out to be one of the most self defeating experiences of my life. Only six hours into the session my mind was already starting to unravel. During one of many hyper critical moments I cried real tears realizing how committed I had become in this. Around sixteen hours in I was so mentally raped I found myself picking at my face and plucking hairs out of my beard with my fingers. I remember asking myself over and over "What kind of asshole does this shit?". I honestly lost real trust in myself that day in regards too what I was doing with my life. By the time this thing was finally wrapping up I was so bat shit crazy I literally thought I was hearing voices speaking to me through the static. I passed out minutes after powering down and woke up some 14 hours later to a headache, difficulty breathing and a 15.24 GB audio file that wouldn't load. Searching through some old hard drives a couple months back I came across the audio file for this recording. I had always believed the file was corrupt but never could bring myself to delete it. I figured I take another stab at opening it and amazingly I was successfully able to import it in Final Cut Pro X. Not trusting I'd ever be able to open the file again I immediately chopped and exported it as x24, 60Min. tracks. After reviewing the material I have to say I'm personally not all that impressed with what I heard but for all it's flaws I felt it was still a stunt worth sharing with others -all 24 strange hours of it.


ATTENTION: If you intend to actually download this shit you must allow bandcamp adequate time to prepare the download - be patient it takes a while. Be expecting some serious time for the file to download also, especially if you do not have a high speed connection.

This entire recording is free for individuals to use as source material in their own personal music production.