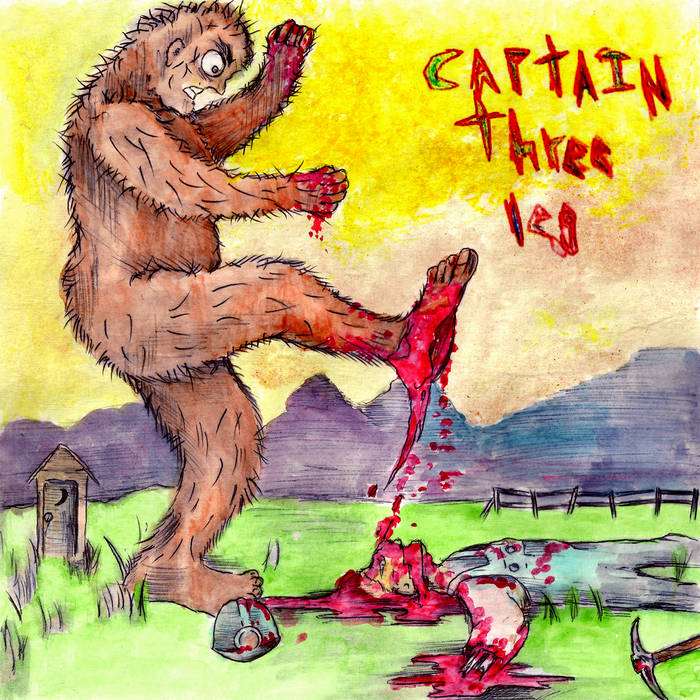 These are demo versions of songs we later recorded for the "Incident
at Ape Canyon" CD. We recorded them to speed up the lyric writing process before doing the real recording. Typical to how we operate, none of the lyrics were written until we recorded again in May of 2012 making this recording redundant. Instead of scrapping it, we decided to overdub vocals and release it. We didn't think anyone was going to hear this when we recorded it, so it didn't matter how badly these songs were played. All of the mistakes were left in, and because we rehearse as a two piece, there is no guitar.

Tracks 1-13 were recorded March 11, 2012 on a Tascam MF-P01.
One mic was used for the drums, another for the bass. Both were ran through a splitter into a single track. Vocal overdubs were done in December 2012 using Reaper.

Tracks 14-17 were recorded sometime in 2009 on a Sony TCM-200DV Cassette-Corder hung from the ceiling. Vocal overdubs were done later using Reaper.

Thanks to Tom and Desmond for the artwork. Thanks to Randall for
his continued support and for bringing our music to a wider audience. Thanks to all of the bands, labels and people who made the "Incident at Ape Canyon" CD happen.