by The Afternoon Gentlemen 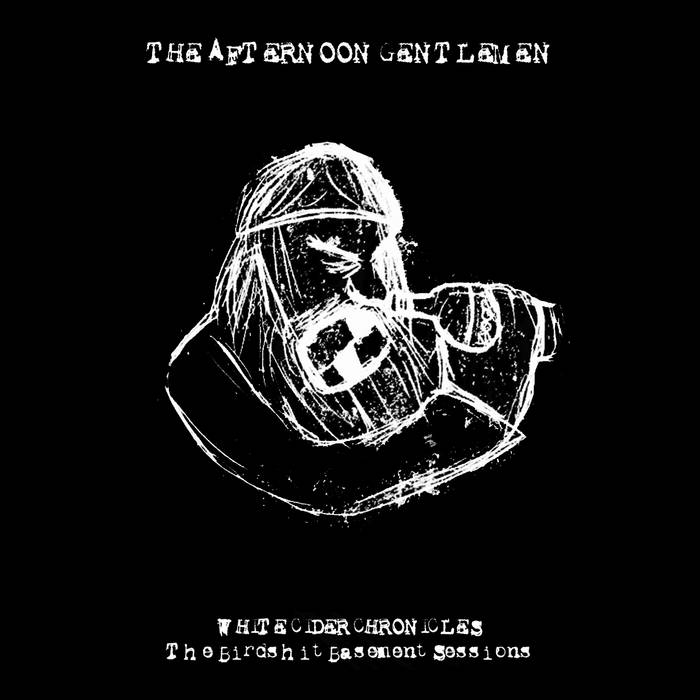 This release is a collection our first 3 self-released CDR's plus a few other tracks from around the time when the band first started (Summer 2007). We used to meet up in Woodhouse (Leeds) at my old house on Birdshit place, go to Jacktar's shop on the corner and stock up on cheap booze then go down into the tiny basement of the house and blunder about noisily.

Almost all these tracks were recorded in said basement (our practice room for over a year), using a few cheap mic’s and an 8-track. The exception is the Warboys split, which was our very first release. This was recorded in me and Barthur's previous (and much more spacious) basement in Headingley, where we put on the occasional gig. At the time Groico was playing bass in Warboys and hadn't yet joined the Gents, Bear (of L.B.W/Driven Down fame) was the original guitarist. When we recorded the Warboys split Bear was so stoned that he couldn't play any of the riffs so I had to record all the parts.

With the exceptions of the 'Afterdoom EP' and 'European Fastness' comp tracks (also recorded in Birdshit basement and Headingley respectively), all our recordings after this were done in a proper studio by the infinitely more capable (and sober) hands of the fine Mr. Robert Hobson (Silent City studios). It is interesting to note that Rob was rather hopefully credited as 'mastering' all these early efforts, but I think the words 'salvaging' or 'making louder' are less euphemistic and more accurate. As such this tape remains as a document of our initial self-recorded incompetence and buffoonery, as opposed to our later efforts, equally bungling, but of a higher fidelity for which we were made to pay.

All songs written and recorded by The Afternoon Gentlemen, '07 - '08, except "Worn Out" and "Fuck the Bastards" originally written by L.B.W.