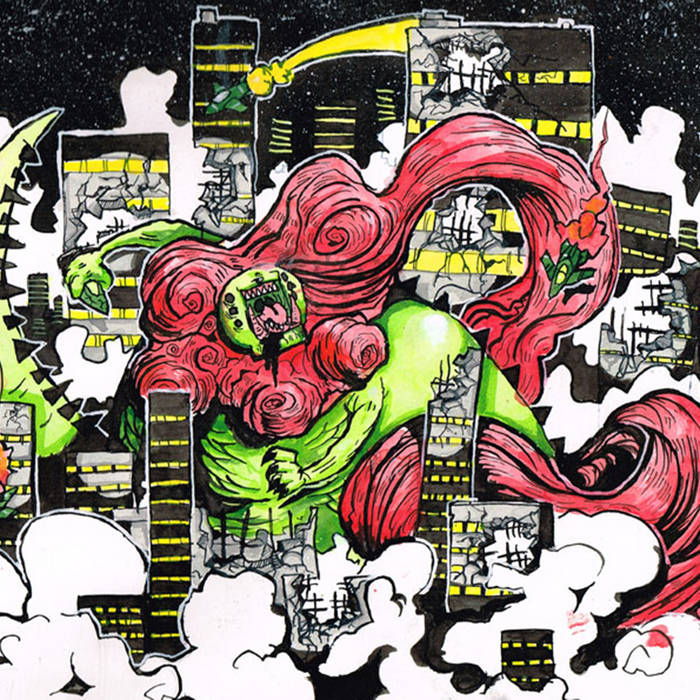 COSMO
If my alter ego’s praying to the altar of my ego / self-sacrificing skin, is it pious? / Is it evil? / Does it matter which side of the coin I pick if it gets flipped into space / floats forever further at a constant / spinning steady pace? / “No, but that’s my anti-matter of opinion, like it or not” / so I said to myself / in a room by myself and as opinions exchanged / both of my own selves fought / Self 1 took the other by the throat and as he proceeded to choke his victim / Self 2 swung and barely missed him / felt his respiratory system failing and started flailing and got lucky / Space is the final frontier and we’re here / Space is the final frontier and we’re fearless / Satellite / satellite / satellite / caught in a battle / fight or war / it was a one on one match / Whoever won / I won and whoever lost / I lost / paid the cost and reaped the benefits / Self 1 was still winning it / He had broken most my bones and they were floating in a zero-G chamber / All of a sudden / the second part of myself stopped feeling hurt and began to feel anger / Which means / DANGER / DANGER / Will Robinson is fucked! / Danger / danger / the advantage has swung / The advantage has swung / In a huge leap for self 2 / small hope for self 1 / Fuck the moon / we’re landing on the sun / Rip in the suit / I’m losing oxygen and fading / There goes another rip in time and now I’m lost again and wading / Disturbing stargated communities with klaxons and lasers / ignoring settings on our phasers / killing everyone / I’ve got a twin blood moon mind with a duality that is anything but into neutrality / but as for brutality / oh fuck yeah I’m for it! / Let’s get every planet in the galaxy warring! / Star system shutdown / evacuate please / Star system crashing / get down on your knees / As brain cells divide / I’m tempted to hide but closed quarters make it hard to find sanctuary / Trying Morse codes and maydays and getting busy signals / What the fuck! / Does NASA not have call waiting? / Self two has one and self one has zero for a pulse but it would seem the fight is over / I doubt that this victory by self-inflicted injury will leave a pleasant taste in my mouth so I am over and out