from Because Reality is Shit by Kindergarten Hazing Ritual 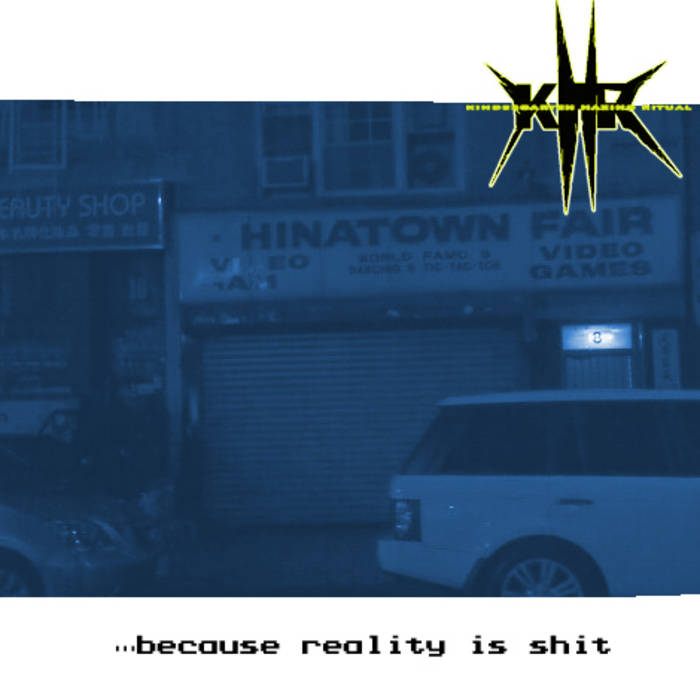 LIKE AN AUTOTUNE GIRAFFE
The next generation will only live to see the end depicted in several more movies, because it won't Actually come unfortunately
Good
Who gives a fuck about you
You'll only live on because the meek will kill themselves instead of you
And you'll live in happiness too
As long as you're protected from the gods awful truth
That it doesn't get better, for anyone
And no matter how rich you are, you'll never have enough
Sex is a spectator sport
Where no one wins
Everyone you look up to, died at 27
They're better off than you
They're better than you
You were born in the 90s
You missed everything
And no one wants you here
All your friends were mistakes, you probably were one too
Get your guns, correct yourselves, correct each other
They'll never remake battle royale in the US
So you've got to live it
It's your fucking duty
Go forth and die

from Because Reality is Shit, released August 21, 2011