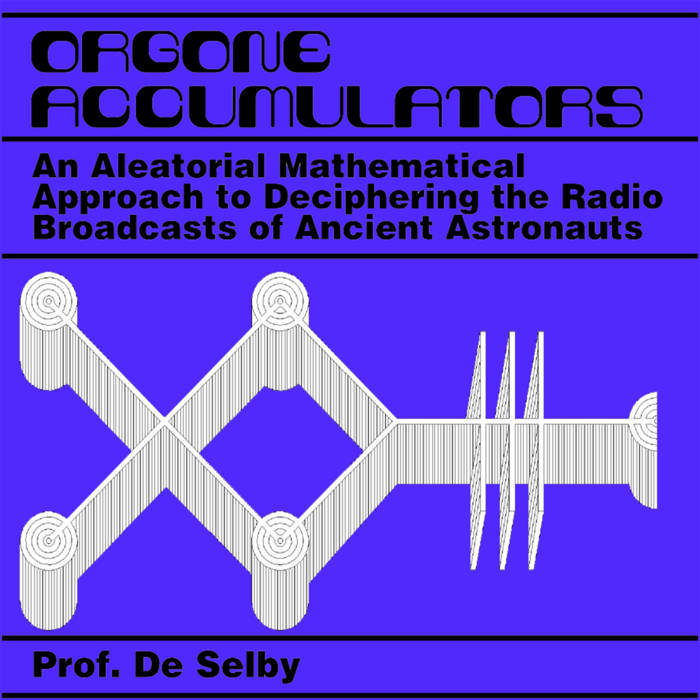 Orgone Accumulators are proud to announce the very latest innovation in cryptogalactic nessthetics. A brand new way in which to enjoy the sounds derived from the signals broadcast by extraterrestrials on Sirius intended for the shadowy creature lurking in the depths of Loch Ness.

Whilst the sound produced is utterly alien to human ears and completely inexplicable, a musical connoisseur maybe able to detect a robust synth quality with fragrant hints of surf rock and electronic beats.

Luminaries such as La Fournier have compared Orgone Accumulators favourably with the likes of Man Or Astroman? commenting that "it appears to be an attempt to emulates MOA?'s sound but in the electronic realm". Orgone Accumulators have even been played on BBC Radio 6 Music. However, it should be pointed out for balance's sake that Professor Hanfkopf has not only denounced Orgone Accumulators as "amateur bedroom drivel and not fit to shine the shoes of real musicians like the virtuoso Heino", he has also claimed that La Fournier is merely a pen name for Professor De Selby and that the BBC is the Communist mouthpiece of extraterrestrial lizards that take the shape of the Royal Family. This of course betrays Prof Hanfkopf's lack of comprehension of plenumary time. Prof De Selby has long since moved on to a different universe and it is in fact a completely different Professor by the name of De Selby that heads the Fifth Neuro Orgone Research Department on the banks of Loch Ness. The similarity in name is merely a coincidence and the result of statistical chance.

The “aleatorial mathematical approach” can roughly be approximated to using the cut up techniques promoted by the likes of William S Burroughs and Brion Gysin but with mathematical equations rather than text. Obviously the radio waves being received can be described in the form of equations. These are then ‘cut up’ to produce the sound waves of Orgone Accumulators’ music. There are many techniques used but a particularly useful one is cut-up version of the Laplace Transform. Normally, the Laplace Transform is used to perform complex differentiation and integration calculations. By introducing randomness into the content of the different domains it can produce some wildly complex waveforms.

This recording can safely be enjoyed in the comfort of your own home. The statistical likelihood that playing it will cause all known laws of physics to break down is very small indeed. It is very slightly more likely that one or two of them may break down intermittently within the confines of your domicile so please be careful. The use of electric lighting is no guarantee that all teratological molecules will have been removed. Proceed with caution to orgoneaccumulators.bandcamp.com